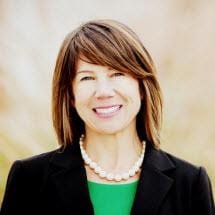 Anna Lisa Armas was born and raised in Albuquerque New Mexico. Both of her parents were civil rights activists, which helped form her views and passions. Anna obtained a Bachelor’s Degree in Political Science in 1995. After graduation, Anna worked for KDEF, a talk radio station as a General Manager and as the Director of the De Colores Hispanic Culture Festival.

In January 1998, Anna entered law school at Thomas Jefferson School of Law in San Diego, California. While there, she was awarded the Trustee Scholarship for academic achievement. She also received the American Juris Prudence Award in Torts. Anna was elected President of the La Raza Law Student Association. She earned her Juris Doctorate in 2001. While a law student, Anna was an intern for the San Diego Public Defender for 2 years.

From July 2005 until March 2008, Anna worked for Cooper, Tanis, Fuller, and Cohen, P.C. as an associate attorney. In March 2008, Anna worked as a solo practitioner primarily in the area of criminal law. In October 2014, Anna returned to Cooper & Tanis P.C. Her areas of practice include Restraining Orders, and Family law matters.

Anna has been licensed since 2001 to practice in both Colorado and California.