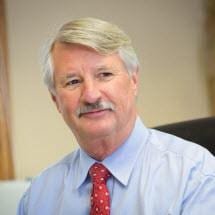 After graduating from college, I studied at New Brunswick Theological Seminary for two years in a Master of Arts program in Theology. Tired of academia, I worked for a major retail shoe company as a management trainee in New Jersey for a year, then travelled the country for six weeks In 1974, settling finally in Boulder, where I resumed working in retail sales at Thornton Shoes on Pearl Street in Boulder prior to Pearl Street becoming a Mall. I changed careers in 1976 and began working in restaurants. Beginning as a busboy, I worked my way to Manager and then Regional Supervisor of five restaurants.

In 1990, intent on finding a career where I could really make a difference in people’s lives, I entered the University of Denver College of Law. During law school, I was awarded membership in the Order of St. Ives Honor Society, the American Jurisprudence Award in 1992 for Administrative Law, and the Bureau of National Affairs, Inc., BNA Law Student Award at graduation. I also served as a Technical Editor of the University of Denver Law Review. During his final year in law school, I interned for Judge Donald Cordova in the United States Bankruptcy Court for the District of Colorado in Denver, where I gained valuable knowledge of the behind the scenes working of the courts. I obtained my Juris Doctorate in 1993, graduating eighth in my class.

I began my professional law career as a Law Clerk for Frascona and Joiner, P.C., in June 1991 and then moved to the law firm of Cooper & Cooper, P.C., in March 1992, again as a law clerk until being admitted to the practice of law as an attorney in October 1993. At Cooper & Cooper, P.C., we did about equal amounts of commercial litigation and family law related work. In late 1995, Bob Cooper asked me to be his partner and we agreed that specializing in one area of law would provide the best service for clients. Thus, in January 1996, the firm was renamed Cooper & Tanis, P.C., and we began specializing in family law. Bob and I have continued working together since then, committed to assisting people as they work through family law issues of every kind: divorce, custody (Allocation of Parental Rights), child support, maintenance, guardianships and probate.

In my leisure time, I enjoy cooking, walking my dog, reading and spending time with my family. An interesting fact about me is that both of my daughters were adopted from Chile.

We at Tanis McGonegal Family Law, P.C are concerned with the best interest of our clients. To protect our clients, potential clients and staff we are offering telephone and video consultations and are able to provide services remotely. Call us today at (303) 465-4605